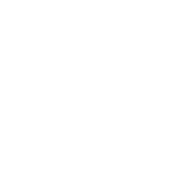 Home of Arts
and Creative Business

The building of Marburger Street 3 is one of the few representative commercial and residential properties in Berlin Charlottenburg, which survived World War II. without considerable damages.

While entire rows of houses in the neighborhood were destroyed, as well as most of the Kaiser Wilhelm Memorial Church which is located close by, Marburger Street 3 remained unaffected.

The property, which is now protected as a historical monument, was constructed by Jewish banker, Paul Mühsam and his son in 1897 and is an extraordinary testament to the Berlin Gründerzeit style. The magnificent façade in particular is evidence of high-quality craftmanship. To preserve the rich history of Marburger Street 3, the current owner regularly implements maintenance.

As a side street of Kurfürstendamm and only a few minutes’ walk to KaDeWe, the building is the perfect location for residential apartments and commercial establishments.

The tenants of Marburger Street 3 have always enjoyed the central location of the building in Berlin City-West, as well as the prestigious ambience of the building.

Furthermore, creatives and philosophers have already called Marburger Street 3 home in the past. Previous tenants have been university professors, doctors, engineers and well-known traders to name a few.

Today, Marburger Street 3 continues to be a centre of art, design, innovation and communication, in keeping with the motto “Home of Arts and Creative Business”.

The history of Marburger Street 3 begins in 1897. Built by the Jewish banker Paul Mühsam, the house has been an inherent part of historic Berlin.

Hildegard Dahlmann, the daughter of Paul Mühsam, later owned the building. Dahlmannstreet in Berlin Wilmersdorf is named after her.

Since the beginning of Marburger Street 3, it has been a popular place to live and work.

Especially in the 1920s and early 1930s, well-known tenants lived in Marburger Street 3.

During this time, every tenant had their own telephone connection in their apartment from 1908, which was a relatively new occurrence.

After 1933, the situation immediately changed. The Nazi regime came into power and thus began a dangerous time for the Mühsam family. The builder Paul Mühsam was Jewish as were his children. The owners were in danger and with that the building, too.

Many Jewish households were auctioned during the Nazi regime. The future of Marburger Street 3 was at stake.

The reason why Marburger Street 3 and its owners were spared by the Nazi’s, consists of a combination of several factors. First, Else Mühsam, the wife of the builder Paul Mühsam, was not Jewish by herself. So, their mutual daughter Hildegard was only half Jewish.

Also, Hildegard got married more than once. Due to her marriages, she acquired Danish citizenship as well as German, meaning she was much safer than Jewish citizens who were vulnerable to persecution at this time. Additionally, most of the tenants at this time were also German citizens, so little attention was paid to the religious orientation of the building’s owners.

After the end of the war, the dispute over who was the legitimate owner of the property was raised again. Finally, Else Mühsam re-transferred the property to her daughter Hildegard.

The transfer was more difficult than expected because within this context a dispute between Hildegard and her Danish husband came up. In the end, they filed for divorce. Hildegard’s divorce lawyer then became her next husband, his name was Ernst Dahlmann. In 1947, Hildegard Dahlmann finally became the sole owner of the property of Marburger Street 3.